Mr. Hailun Chen and Mrs. Faye Chen own the Hailun Piano Company. Both were graduates of the Piano Technology School in Bejing. 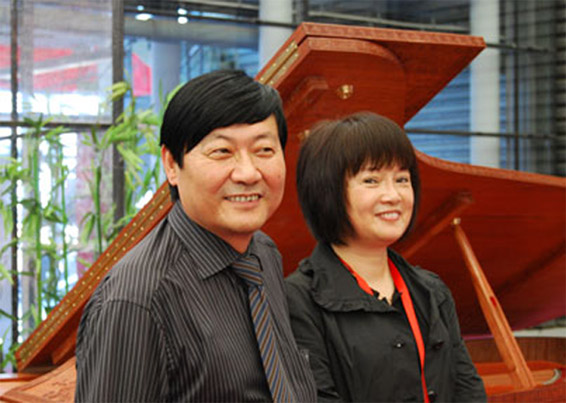 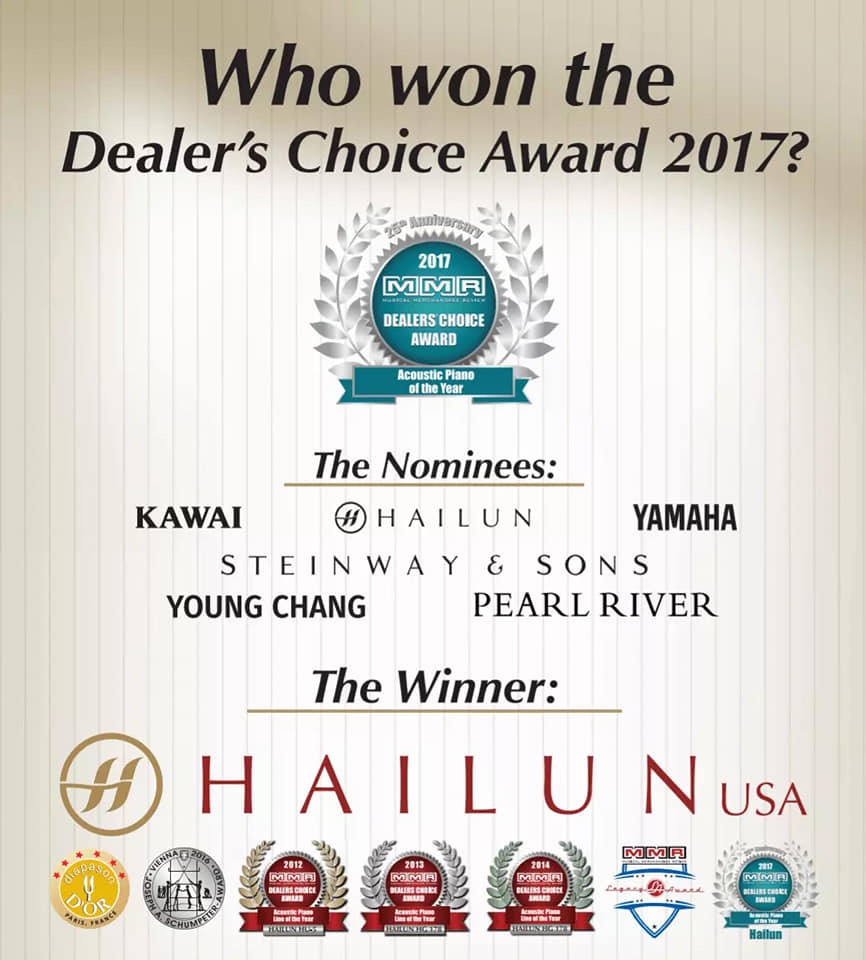 They founded their company together, which was initially co-owned by the Chinese government. The company specialized in producing piano parts and quickly became known as one of the most reliable suppliers of highest accuracy semi-finished pianos. His goal to build the finest pianos in the Far East. During that time he met a fourth generation piano builder from Vienna, Austria. Peter Veletzy and Hailun Chen struck up a special friendship and Mr. Veletzky transferred know-how and technology in order to build instruments that would be able to compete with makers in Europe. Hailun Piano Company also invested heavily in Japanese and German digital production equipment and manufacturing lines and is currently employing the newest and most advanced technology available to piano manufacturers.Feurich, and Zimmermann pianos part of the Bechstein group are made in the same factory

With more than 20 years of successful manufacturing experience, Hailun has become the standard for high quality piano manufacturing across the Far East. Hailun's 430,000 square foot factory now employs over 800 workers and 37 seasoned piano engineers. This uncompromising insistence to achieve maximum quality and product excellence has made Hailun the piano of choice for thousands all over the world.

They were joined by well-known American piano designer and engineer George F. Emerson, Viennese piano voicing and sound specialist Zlatkovic Sibin, Japanese production specialist Ema Shigeru and French scale designer and piano builder Stephen Paulello. These partnerships ensure long-term quality, innovation, and artistic production at Hailun Pianos. With over 360 European piano dealers, over 80 U.S. Authorized Hailun Merchants, over 40 merchants in Japan, and a growing network in other parts of the world including the UK.